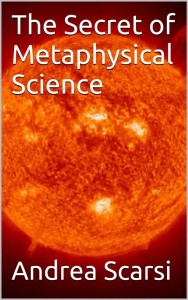 This short manuscript published in 1921 is an extremely brief introduction about what it takes to expand your mind, your view of who and what you are, and seeks to explain the true nature of what we call “consciousness.” It’s nothing fancy but that’s why it’s a marvelous little document.

The approach is matter of fact and no nonsense. Swami Prakashananda takes a topic many would consider “cosmic” or “esoteric” or “mind-expanding” and boils it down to practicality. It’s lean and no-nonsense. It’s not lofty or New Agey, nor does it take off into soaring poetic flights of wordy wonder extolling the glories of “enlightenment.”

Rather, the Swami just lays it out: This is what you must understand, this is what you must do, and by the way, it won’t be easy, so dang it, get to work on it! It takes time and hard work to clear away the cobwebs of delusion. Nothing worthwhile comes easy, the Swami reminds us, and that includes getting beyond your limited, purely objective mind.

Perhaps what I like the very most about Prakashananda’s tactic here is that he emphasizes that you should not accept anything on faith; don’t believe anything that you can’t absolutely prove to yourself by your own direct experience. Most other religious tracts urge you not to question; they demand simplistic belief in what you’re told or what some ancient books proclaims. The Swami urges just the opposite. Great!

Some limited research on my part reveals that Swami Prakashananda came to the U.S. in about 1906 to work at the San Francisco Vedanta Center. He worked there as an assistant until 1914. He served under Swami Trigunatita, who was assassinated in a bomb blast set off by a “derranged ex-member” of the Vedanta Society. (READ MORE)

By 1914, however, it seems the Swami had developed some differences with the San Francisco organization and established his own center, called the Pacific Vedanta Center. He was highly regarded and some pleaded with him to return to the San Francisco Center, an offer he firmly refused.

I have as yet been able to find out more about Swami Prakashananda, who is not to be confused with a Swami of the same or very similar name who was convicted of sexual crimes just a few years ago.

At any rate, this is a terrific read, just 32 pages or so, and you can get it free here: FREE EBOOK: SWAMI PRAKASHANANDA