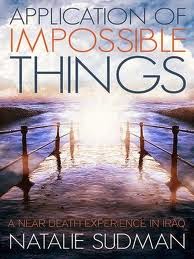 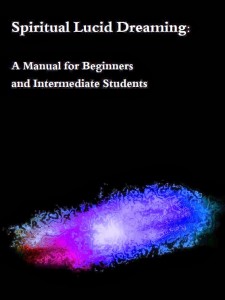 This short manual introducing the concept of lucid dreaming to a new audience is well written in a clear and “lucid” style. It delivers a broad overview on how to lucid dream, while also thoroughly grounding the reader in a framework based on the Hindu tradition of Vedanta.

That’s no small accomplishment considering that this is just 60-some pages, but the author handles the task well. As a person who has been exploring lucid dreaming for some 30 years, I can find little fault with the approach taken here.

However, let me say that I don’t think lucid dreaming must necessarily be considered from the perspective of Vedanta only — if you want, you can achieve the lucid dream state, practice it and gain its insights without the baggage of any religious or philosophical system, including Vedanta.

This is not to imply that Vedanta is “baggage” in a negative way; I think anyone who chooses to immerse themselves in this ancient tradition would only benefit from doing so, and find great personal growth.

But take, for example, the purely secular and scientific approaches to lucid dreaming, such as that exemplified by the work of the psychophysiologist STEPHEN LABERGE PH.D. It was LaBerge who reintroduced the concept of lucid dreaming to a modern audience with his books LUCID DREAMING and EXPLORIING THE WORLD OF LUCID DREAMING.

LaBerge made lucid dreaming palatable to a western, rational-materialistic audience by scientifically proving the reality of the lucid dream state with innovative and repeatable experiments using EEG readouts and monitoring the eye movements of REM sleep — it established beyond a reasonable doubt that the fundamentals of what ancient adepts of Vedanta had been telling us for untold centuries is accurate.

The point is, millions of people learned to lucid dream and gain all of its benefits with LaBerge’s purely secular approach — on the other hand, adopting the methods grounded in Vedanta as explained in this short manual by SAMIRA NURIYEVA will be of equal benefit, and perhaps in many ways, will lead to an even richer understanding of what is implied by lucid dreaming.

So this brief, well-written introduction to lucid dreaming gets my best recommendation.