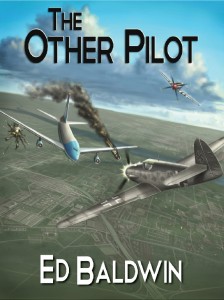 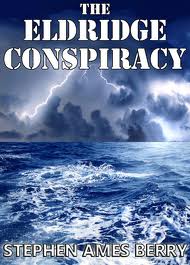 Hey, it’s time to step into the Man Cave for some sizzling science fiction red meat broiled over flaming coals soaked in testosterone fluid – all guaranteed to keep you turning pages faster than a well-oiled Uzi spewing metallic death into a crew of murderous Russian mercenaries!

Yea, verily, my friends, in these pages:

Ice picks will be plunged with morbid glee into skulls;

Throats will be slit slowly, and blood will gush forth;

Samurai swords will hack off arms and heads;

Soldiers will be splattered with attack helicopter missiles, bursting their bellies and disgorging their entrails as they fall howling in agony over fortress walls;

—–> A sweet and petite craft artist will have her neck slowly twisted and snapped by a Super Nazi from the future! <——

A nice mommy (also an artist) will get tossed off a tall building;

A dagger will plunge into a dude’s eyeball …

Admittedly, some people will escape death after merely being punched, slapped, beaten, karate chopped, tortured or kicked in the groin – but have no fear. Those that escape with flesh wounds and bruises will soon be followed by others that have no chance of survival after a hollow-point slug obliterates their cranium like a honeydew melon.

But wait a minute … at this point, I know what you’re thinking of asking me, your reviewer: “Ken, will there be hot sex is this book?”

In The Eldridge Conspiracy you will be treated to scorching sex scenes that will pulsate your mojo to the Nth degree and leave you drained with literary orgasmic joy, and lusting for more!

I’m here to tell you, friends, that in this novel, the eatin’ is flat-out rightious and proper-good – and I’m talkin’ full course meals with all the fixins accompanied by selections of fine wines, ales, liquors, whiskeys coffees and teas!

You are invited to travel along with our characters as they nosh with unrestrained relish:

* A juicy sirloin complemented by a fine Bordeaux;

* A heavenly dish of chicken linguini with garlic and wine sauce, onion and hint of orange and basil;

* Apple pie made with sweet and juicy apples baked with cinnamon sided with vanilla ice cream;

On only two occasions, as far as I can tell, is the food substandard for our heroes, such as when Jim and Dee endure a “somber lunch of soup and salad” and another occasion when Kaeko and Temmu glummly gulp down some rather greasy haddock in a run-of-the-mill seaside diner.

The great thing about THE ELDRIDGE CONSPIRACY is that it’s a stunning sensory smorgasbord — pungent and redolent — but never gratuitous. There’s a decent science fiction plot here centering on an icon of conspiracy theorists – The Philadelphia Experiment. This was a supposed attempt by top government scientists in 1943 to render a Navy Destroyer, the USS Eldridge, invisible with some kind of spooky high-tech cloaking device based on quantum mechanics ka-ka.

A lot of fringe thinkers really believe it happened, but whatever. It makes a terrific premise for a sci-fi yarn. Author STEPHEN AMES BERRY takes what is essentially a formulaic genre novel — and by dint of shear literary muscle — makes it fresh, entertaining, thrilling and compelling.

Berry does an amazing job of presenting a raft of characters, every last one of which is vivid, real, likable or loathsome, and keeps all of their time-lines, actions, and interactions seamlessly melded — we never get confused.

At the risking of stooping to prosaic usage: This is a really, really, really good read. If you’re looking for a well-crafted page turner to devour on the beach this summer, look no further. I recommend this one.

Finally – sad to say – I’m afraid I must issue The Eldridge Conspiracy and the author my famous DWI citation. In this case, DWI stands for “Dead Wife Infraction.” The author, Mr. Berry, came razor close to earning a one-star demerit for committing this DWI – but the overall strength of this book overcomes and lets him escape with a 5-star commendation.

In recent months I have read these books which have inflicted DWIs upon their readers:

“SEASON OF THE HARVEST” by Michael Hicks: Hero is a tough FBI agent with a dead wife.

“THE GIFT OF ILLUSION” by Richard Brown: Hero is a tough cop with a dead wife.

“A WORLD I NEVER MADE” by James LePore: Hero is a sad doofus with a dead wife. (Note that LePore DOUBLES DOWN!! Not only does the hero have a wife in the freezer, the hot, sexy French detective he falls in love with has a DEAD HUSBAND!! Woooo-hooooo!)

So, Stephen Ames Berry slips by with only a warning DWI citation (this time) by strength of having written an overall superior science fiction thriller.