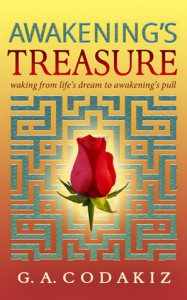 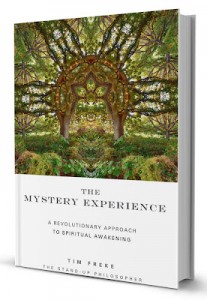 While I was reading The Mystery Experience by TIM FREKE I kept thinking about how many weight-loss books are published every year. Here in the U.S. we have an obesity epidemic despite the fact that whole forests have been cleared by the weight-loss book industry in past decades and millions of people have read them.

Yet millions are still fat. It this bizarre, or is it something “paralogical,” as Freke might call it?

I mean, everyone already knows how to lose weight, right? You eat less and exercise more. That’s it. And yet, weight-loss books, some of them hundreds of pages long, keep spewing forth from publishing houses. The armies of the obese keep buying them – looking for that key, that fix, that cure, that “secret” method to stop being fat and flabby!

Why not just eat less and exercise more? Ask any weight-challenged person and he or she will quickly tell you: “It isn’t just that easy!“

Well, I never said it was easy – sure, a few will have hormone or biological component exacerbating their obesity– but the fact remains that the best way for most to lose weight is no secret at all — to eat less and exercise more.

So wherever you find an agonizing problem with a simple solution that people cannot accept, you will find an almost unlimited opportunity to sell thousands of books that talk about anything but the most simple solution to the problem – and the more elaborate the solution the better.

That’s sort of what this book, THE MYSTERY EXPERIENCE, is. It’s an extremely elaborate solution to a universal problem – except that the solution is about a billion times more elusive than the “secret” to weight loss – making it all the better for the book seller and seminar promoter.

The problem here is what Buddha called the “Dukkha” – the dull, aching misery of daily life that we all feel, which sometimes inflames into true suffering, only to recede again, but never completely. I like the way the great American writer Henry David Thoreau put it: “The mass of men lead lives of quiet desperation.“

Tim Freke experiences this too. His solution is to not deny the Dukkha, or meditate it out of existence — just the opposite – he opts to acknowledge it, embrace it forever, and use it – as a “paralogical” lever to induce a communion with that ultimate source of cosmic bliss, the Universal Loving Energy or Consciousness of All That Is, God, or whatever you want to call “IT.”

His solution is a positive addiction to what he calls the “WOW!” experience.

Resorting to an addiction is a common and desperate attempt to fight the Dukkha. Some people drink, some take drugs, smoke a lot of pot, others watch TV and play video games. Some practice meditation or give themselves over to the teaching of a guru. Some people eat, become obsessed with accumulating money, and some flit off to an Amazon rainforest to imbibe in hallucinogens with a jungle shaman. Some buy into a mainstream system of religion, others try to have all the sex they can have before they die.

Certainly, some addictions are positive addictions, while others are negative and destructive. But in the end, an addiction is an addiction. Like Deepak Chopra said: “A positive mind is still an agitated mind.”

Tim Freke has opted for a positive addiction – to that ineffable experience of cosmic bliss of Ultimate Love. He was fortunate to have this “WOW” thing drop spontaneously upon him like a bomb when he was 12, which led him to commit the rest of his life to pursuing more of the same, and to figuring out just what all that WOW is and what it means.

But wait a minute – is Tim Freke’s addiction to something that is real, or is it an elaborate self-delusion? Well, yes and no.

Clearly, the Cosmic Love he speaks of is well-documented throughout history and throughout all cultures- and while IT could never be nailed down in a laboratory setting – I am satisfied that there truly is an ultimate field of energy that is pure love and that we are all connected to it, whether we know it or not. In a deeper sense, however, it’s still a delusion when we experience it – but so what? The fact that it’s a delusion doesn’t make it bad – something that is not real cannot be good or bad.

So is there anything wrong, then, with a guy like Time Freke being addicted his quasi-delusional Universal Field of Love and basking in its all-embracing warmth and joy?

There’s nothing wrong with it.

It makes him feel good, and if he can teach it to others, a lot of other people will feel very good, too. Indeed, Tim Freke makes his living writing and selling books about Cosmic Love – and also conducting seminars throughout the world, which anyone with something like $45 to $90 can attend, not including travel and hotel expenses. No harm done, I say.

My only purpose here is to point out what is manifest: Like weight loss books, thousands of people will read Tim Freke’s books, thousands will attend his seminars, and he’ll write even more books, and people will buy them too. And then they’ll continue to buy dozens of other such books by other writers. Hundreds of books offering salvation from the Dukkha will endlessly grind out of the publishing mills or be produced by self-publishers – and millions will keep buying them.

Does it sound familiar? It sounds like the weight-loss book industry wherein millions are sold and the problem always remains. The “secret” is ever elusive. It reminds me of what Jesus said: “The poor will always be with us.”