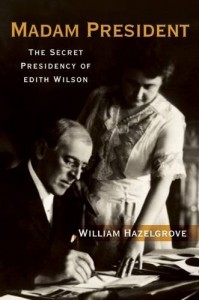 Of course, he’s talking about Edith Bolling Wilson, the second wife of President Woodrow Wilson. It’s perhaps common knowledge that Wilson suffered a massive stroke in 1919 near the end of his second term rendering him a physical and at least partial mental invalid.

It’s also generally acknowledged that his wife stepped in and took over significant control of the daily activities of the presidency. But still, while most historians pay lip service to the significant role Edith Wilson played during the final year-and-a-half of her husband’s term, few go as far to say that she was, in fact, the de facto President in almost every sense of the word.

In the subsequent nearly four decades that she survived her husband, Mrs. Wilson took great pains in the public record to deny that she ever usurped any presidential duties of significance, but rather only assisted her husband as he still made all the important decisions and formulated the policies involved with running the daily affairs of the country.

But in this account of that tumultuous final year-and-a-half of the Wilson Administration, Hazelgrove makes a forceful case that Edith Wilson was “the real President” of the United States — so much so that it is accurate and appropriate to call her our “First Woman President.”

I’ve come to know William Hazelgrove for his fiction which runs the gamut from serious mainstream novels, such as “Rocket Man” and “Tobacco Sticks” to more light-hearted fare, such as “The Pitcher” and “Real Santa.” Thus I was intrigued when he decided to wade into nonfiction, and American history to boot — always a favorite subject of mine.

The author digs in, drawing from an extensive research supported by a deep bibliography to build his thesis about what truly went down in the final months of the Wilson presidency.

A great work of historical nonfiction (that is not a dry textbook) should enthrall and entertain as much as it does inform, while sticking to the facts. Fortunately, when you have a great topic and fascinating “true facts,” such a book can almost pull itself along because history itself is often more fascinating than what any fiction writer can create out of whole cloth. 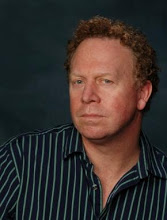 Still, a seasoned fiction writer who understands what makes for interesting fictional characters can bring that insight to fleshing out the personalities of real people as they were — and here the author shines. Under Hazelgrove’s pen Woodrow Wilson comes to life as more than the stiff, hyper-intellectual professor and academic that we know from history and photos — we get the added color of a man who was very sensual in his private life, a man who loved sex, enjoyed vaudeville, wrote smarmy poetry, danced a mean jig, and a man who could compose a love letter with the heat of a hormone-juiced teenager. 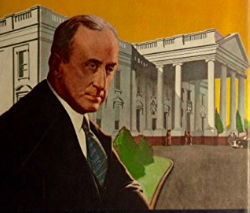 For example, Hazelgrove shows us, through the eyes of Edmund Starling, one of Wilson’s Secret Service bodyguards, how the famously stiff President acted like a love-jazzed moon calf as he walked through the snow on his way to visit his love interest (Edith): 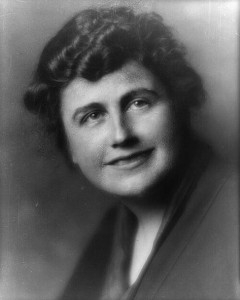 Edith Wilson is also reanimated as a strikingly lovely woman whose photographs fail to capture her true beauty. She possessed the power to snap the heads of men from across a street with her curvaceous, buxom figure, sparking blue eyes and dazzling smile.

Mostly home-schooled, Edith nevertheless was as well educated, well read and savvy as most woman born and bred high above her station. When she needed to be, Edith could be a powerful martinet ruling the White House by shear obstinate will and bulldog devotion to protecting her husband — and she feared no man, no matter how powerful he might be on the political or world stage. If you crossed Edith once — she froze you out — and you stayed frozen.

Hazelgrove also creates vivid impressions with marvelous turns of phrase, and as seen through the eyes of Edith. Consider this passage:

“(The Suffragettes) reminded Edith of black crows in their dark dresses in the way they clung to the White House gates The chanting would reach her while she was bent over her desk; a faint voice in the cold winter that sounded like a song.”

That’s pretty good. That’s history written with the flair of fiction, and there’s plenty more skillful wordsmithing where that came from in these pages.

There’s so much more I’d like to say about this book but my review is already overlong, so I’ll close by saying while I don’t find this a perfect book, (Hazelgrove doesn’t find his rhythm until about 50 pages in — but when he does, the book soars) so I can recommend this without reservation as an absorbing read that brings a far-too–ignored portion of our history to life in a way that is not stuffy and pedantic, yet well-researched and accurate enough to give confidence while it entertains.

PLEASE SEE MY OTHER REVIEW OF WILLIAM HAZELGROVE’S WORKS:

One thought on “Was Edith Wilson the “First Female President” of the United States? Author William Hazelgrove makes his case”