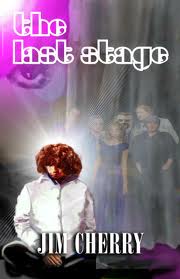 One of the unforeseen nightmares of economic prosperity is a dreadful existentialism or ennui that can develop in society, especially among young people.

When you live in a poor country, you have little time for fancy higher thoughts. Your daily struggle is to find something to eat, stay warm, maybe keep the mosquitoes and rats away at night, and hope some foreign invader does not muscle through to kill or rape you. Your focus and purpose is crystal clear: Eat and stay alive, and hope for something better.

But if you grow up in a well-to-do family from, say, a Chicago suburb, and your parents pay your way through college, and effortlessly provide for your meals and housing – then the minimum you have to do is hang out, listen to rock music, smoke dope while pulling a C+ average, watch TV and score some sex when you can.

Sooner or later, however, this lifestyle of relative ease can creep up on you and bite you in the ass – and hard!

Suddenly, you’re 28, 29, maybe 30 years old and you ask yourself: “What does it all mean? Who am I? What am I doing here? What’s my purpose? Certainly, there must be something more to life? Something deeper?”

Those are the kind of questions that began to torment Michael Gray, the not-so-easy-to-like antihero of Jim Cherry’s marvelous novel, THE LAST STAGE. Like many barely-thirty-somethings raised comfortably upper-middle class, Gray finds himself agonizingly adrift. Naturally, his mind seizes upon his only passion – his love for the 60s rock band, The Doors, and its dark, mercurial icon, The Lizard King himself, Jim Morrison.

From the platform of his desperate existential drift, Gray hatches a plan to form a Doors cover band. By a thrust of fate, it just so happens that Gray bears a considerable resemblance to his idol. Also, like Morrison, Gray has no singing talent – but he takes that as a positive sign – because it is well-known that, in the beginning, Morrison had no singing talent either. If Morrison could reimagine himself from unpublished poet and film student to rock ‘n’ roll front man, then why not Michael Gray?

Gray uses his Morrisonesque anti-charisma to hijack a promising young start-up band. He convinces them to sidetrack their own career to create “The Unknown Soldiers,” a Doors cover band. It will feature a certain non-singer Michael Gray as the front man, a leather-clad faux Mr. Mojo Risin. Among his hopes is to “create reality through fiction.”

The nation-wide tour of seedy bars and crummy, crusty clubs results in something like a Jack Kerouac kind of journey of what should be a quest for meaning — but what Gray ultimately discovers is – well, something different. Life is complicated that way.

And that’s just one of the elements I like about this Indie novel by Chicago-based writer Jim Cherry. The Last Stage is evidence that deeply talented writers exist out there, they’re fertile with unique premises for great books – and they’re writing and publishing them!

While mainstream publishers are obsessed with the easy cash of utter trash — teen vampire crapola, thriller lawyer novels or international spy romances – genuine authors, on the streets and in the trenches – are observing, watching, feeling, thinking – discovering the extraordinary in “ordinary” people struggling with down-to-earth problems – such as finding meaning in a country where the American Dream long-ago stopped making sense.

Cherry’s main character thinks he wants fame and adulation, but he seems also to understand that what his quest gets down to is a search for Reality itself – Reality with a capital R. He’s just crazy enough and desperate enough to believe that touring with a Doors cover band might actually make the discovery of “true meaning” happen.