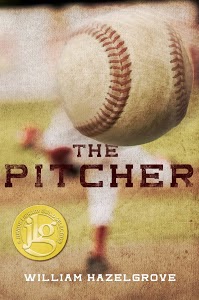 One thought on “William Hazelgrove hits a home run with his latest novel, The Pitcher”