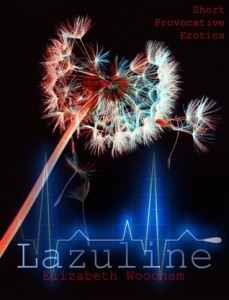 How ridiculous is that! What if only Jews should read Jews and only blacks read blacks and Native American read Native Americans? I have a friend who is pure European lily-vanilla white and has written a book featuring Native American characters, and he is already taking heat from some Native Americans who are telling him he “has no business writing about Our People.”

Sure, I’ve read a lot of erotic scenes as part of other mainstream novels, but I am always a tad cynical about it. That’s because when the time comes for the characters to “do it” my jaded editor kicks in and I think, “Okay, here it is; the obligatory sex scene. It’s part of the formula and the publisher demands it because they know sex sells.” The point is, no matter how skillfully the sex scene is handled, there is an element of gratuitousness about it because the writer thinks it’s obligatory. He or she doesn’t necessarily need the scene to move the plot forward, or develop the characters but, well … they just “stick it in” anyway.

Anyway, my status as an outsider to ertotic lit gives me greater objectivity, wouldn’t you agree? My objective opinion, then, of LAZULINE by British author ELIZABETH WOODHAM is that this is fairly terrific literature – lovely, effortless prose that flows with grace, marvelous imagery, superb word choice and revealing insight into human character and motivation.

My criticism is that this is a collection of short stories, but these works by and large do not bear out as short stories. They do not have all the four necessary elements of short story form: Plot, character, setting and theme. Most of these tales are more akin to poetic vignettes. For example, the titular offering, Lazuline, is not a story at all, but a dreamy, in-depth musing on the extreme pleasure of sexual revelation.

In other instances the author attempts to tie everything together to make a solid story with a beginning, middle and end, or resolution – especially in the case of “The Decision Tree” – but the effort falls flat.