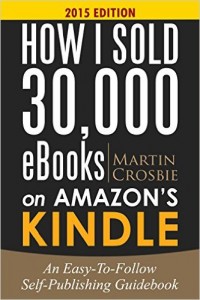 My favorite saying in the writing business is:

“It takes a certain brilliance to write a book, but it takes a genius to sell that book.”

Well, that means that MARTIN CROSBIE is some kind of genius because he sells a lot of books. Even Amazon.com itself named him one of their “success stories” among self-publishers in 2012.

Now this ingenious indie author wants to help other wannabe writers sell their books. This offering, HOW I SOLD 30,000 eBOOKS ON AMAZON KINDLE is jammed-packed with advice on how to climb that mountain.

“Due to a number of factors, and luck was certainly one of them, in February of 2012 the book I wrote in the spare bedroom of my house, that over one hundred and thirty agents and publishers didn’t want, hit Amazon’s top ten overall bestseller list and stayed there for a week … I sold about eighteen thousand e-books that month. And I made $46,000.”

Yeah baby! Let me tell you, that kind of talk is absolute catnip for struggling writers everywhere. Do you know how many people want to take a ride like that with a book they labored to write in a spare bedroom in their spare time while the kids were howling, the dishes were piling up in the sink and bill collectors knocking at the door? 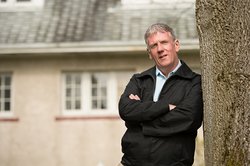 But while Mr. Crosbie shows us the juicy carrot, he also gets out the stick and proceeds page after page to give writers the sobering drubbing they need and deserve – and by that I mean, he shows how writing is hard work, and selling your writing is even harder – and yet, he does it with an infectious enthusiasm that will get readers excited about what is possible.

Most of all, this book is loaded with terrific advice, solid step-by-step instructions and meaty insights gleaned from his own successes and bitter failures on his road to achieving a significant measure of publishing success.

From the importance of editing (he really hammers away on this), to the vital factor of navigating the jungles of social media, to book cover design, to developing relationships with other key players in the field – and much more – no indie writer today can afford NOT to know about this stuff, and more importantly, take action and actually DO this stuff.

I borrowed this book for free using my Amazon Prime account, but it’s so loaded with advice and an excellent collection of resource links in the back, I’m going to go ahead and buy a permanent copy.

I’ve been a successful full-time freelance writer for 30 years now, and I’ve learned how to survive (and sometimes thrive) – but even someone like me can’t afford to be without a book like this on my shelf — and neither can you if you want to quit your day job and make it in the world of writing and publishing. 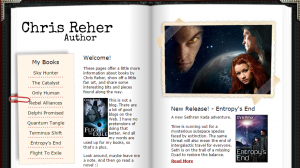 The smartest, hardest-working indie writers bolster their book-selling efforts with a kick-ass website, and this week we select the site of Canadian science fiction writer CHRIS REHER.

It’s a clean and attractive design which displays the covers of Reher’s books. The book covers themselves do a lot of the heavy lifting in making the overall site look good because they’re professionally done, exciting and attractive. Terrific cover art.

Navigation around the webpage is easy. The personality of the site evinces a feeling of: “Hey, science fiction is fun and exciting” while doing the basic legwork of promoting and marketing the author’s selection of titles.

We also notice that Reher is offering the first book in her series for free, and you can get it here: SKY HUNTER FREE.

Note: I read and reviewed Sky Hunter and liked it quite a bit. See my review HERE.

You can visit Chris Reher’s site here: GO TO WEBSITE 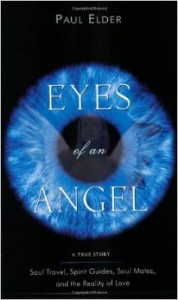