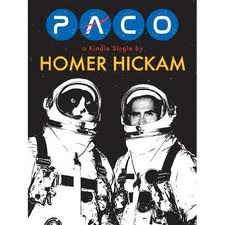 This is a skillful piece of short fiction written in an effortless style, even though the author envisions the complex and agonizing journey of a certain biochemical molecule through a process of death to rebirth.

Imagine a short story in which the viewpoint character is a biochemical molecule!

Well, that’s what this author did, and the result for most readers will be a compelling page-turner they’ll gobble up in less than an hour of leisurely reading.

One of the things I like about THE OLD SOUL is that it defies genre. I can’t decide: Is this science fiction, New Age spirituality or perhaps the ancient Vedic concept of reincarnation re-framed with the viewpoint of a modern-day molecular biologist? But that’s a side issue. It doesn’t really matter because this is a work that stands on its own, and for what it is.

While I found this an entertaining, insightful and provocative read, I dare say it will not be everyone’s cup of tea, or I should say, not everyone’s bowl of biochemical soup. Our heroic biological molecule will do battle with myxoviruses, rhinoviruses and icornaviruses -make a thrilling escape down the microbiological food chain – only to face absorption by a marauding entamoeba hystolica – which it cleverly outsmarts by blending unobtrusively into the amoeba’s cytoplasm! And it’s just getting started!

A minor mystery for me is the identity of the author, which is listed as Joseph Wurtenbaugh. The copyright is under the name of Frank Dudley Berry, Jr. – and at the end, the author encourages us to check out his (her?) book, “Thursday’s Child” which is published as Josephine Wurtenbaugh.

Again, this is a side issue of little consequence. Whether it’s by Frank, Joseph or Josephine, this is a fine piece of literature.