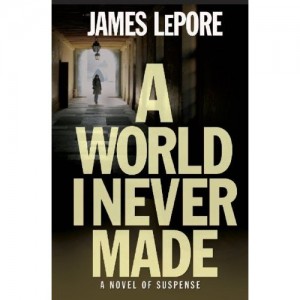 An incredibly lovely young American woman, oozing with allure and sexuality, jets off to Europe. She parlays her irresistible sensual powers into a small fortune by sleeping with as many super-rich, handsome men she can lure into her 5-star luxury hotel mattresses – sound good?

I suppose if you are an average woman living in, say, Iowa, and you have a boring, soul-killing job working as a stock clerk at, say, Wal-Mart, it would be very pleasant indeed to enter the world of Megan Nolan, whose serial whoring has enabled her to pack away $600,000 of sex money in a Swiss bank account. Sweet! But her adventures are only beginning!

Ms. Nolan manages to get herself involved with a devilishly handsome Saudi millionaire, who is not only a soul-shattering sex partner, but also gets her entangled in the world of international politics and the war on terror!

The jam she gets herself into is so severe, her sublimely handsome, muscular father with amazing Robert-Redford-caliber hair must also flit off to France, where police detectives have some awful news for him about his bed-hopping daughter.

Fortunately, the detective assigned to his daughter’s case is no snotty French gumshoe in a wrinkled trench coat, but a sizzling hot, sexy female bombshell cop who instantly volunteers to get a DNA sample from the troubled dad by getting her, er … hands … on some of his sperm! (I’m not making this up!)

Yes, author James LePore knows that you don’t want to be bored when you read an international thriller novel. He knows you crave stories about beautiful people having a lot of sex, punctuated by violent encounters with brutal killers, thugs, low-lifes and spies!

All this, and LePore manages to write a fairly flaccid book that has about as much tension as a game of Scrabble. On the other hand, this is an okay enough read for a lazy day on a summer beach, or if you need something to read on a long plane ride, or maybe on the bus as you travel to your crummy job at Wal-Mart.

It’s typical genre fiction that does not rise to the heights of the best Ludlum or Forsyth, perhaps, but it manages to eek out maybe a C-Plus from a jaded, obscure book reviewer like me.