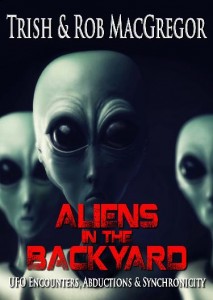 One thought on ““Aliens in the Backyard” by Trish and Rob MacGregor is a well-written, terrific contribution to UFO literature and lore that will keep you turning pages”