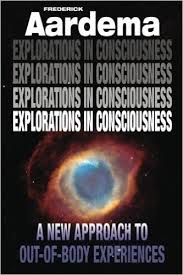 In the pantheon of books about astral travel or out-of-body experiences (OBEs) published during the past century, this book by Canadian psychologist FREDERICK AARDEMA is an instant classic.

Finally we have an in-depth treatment of the subject from an academic with rock-solid credentials. Aardema is a researcher and assistant professor in the Department of Psychiatry at the University of Montreal. He holds a Ph.D. in psychology.

He is well-published in peer reviewed journals, and is considered an expert in obsessive-compulsive disorders, delusional disorders, cognition and much more.

But even though this is a book written by a bona fide academic, it is anything but dry, technical and clinical. It’s often thrilling, deeply intriguing and just plain fun. Aardema regales us with his many personal accounts of inducing his own OBEs. His travels take him to exotic, stunning and bizarre locales that may actually exist “out there” in … in … what or where?

The astral realms? The non-physical universe? The realm of pure mind? How about I borrow a term from NASA physicist TOM CAMPBELL, who was one of Robert Monroe’s early key researchers: “The Larger Consciousness System.”

Here is what is exciting about this book for me: It shows that major cracks are developing in hardcore, rational-materialist scientific paradigm that has held an iron grip on the world for some 400 years – and especially since Isaac Newton gave us a “clockwork universe” or “billiard ball world.”

The fact that a mainstream psychologist such as Dr. Aardema can feel free to publish a book which just a few years ago would have been scorned as “New Age fluff” is of enormous significance. It means he has the freedom to explore a subject on the scientific fringe in a highly personal way while retaining professional position and peer respect. 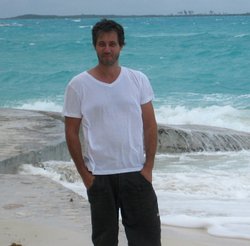 It means our world is changing. Furthermore, it’s the kind of change that is on par with the Copernican Revolution itself, or the advent of quantum mechanics, which finally challenged the utter dominance of Newtonian physics – but the latter of which still holds tremendous psychological sway, despite more than 100 years of quantum theory.

Aardema is at least willing to entertain a stunning proposal: That human consciousness is not centered or produced within the physical human brain. Rather, consciousness may be “non-local.” What we think of as our thoughts, emotion, experiences and all the rest may not be coming out of physical brain matter – but rather is being “tuned in” by the brain, almost as if it were acting as a radio receiver, or perhaps a “constraint.”

The implications of this are beyond gigantic. If our own minds to not have an origins in the physical brains, well, that opens to door to all kinds of possibilities, not the least of which is that we never die. It means that which has been traditionally called a “soul,” or “spirit” may be a phenomenon of consciousness. When the body and brain die, consciousness lives on – including our own individual consciousness.

At the same time, Aardema is not taking wildly unfettered flights of New Age fancy; he remains grounded and pays heed to the notion that, despite all, the materialists may yet be right, or not entirely defeated after all.

Again and again, Aardema qualifies his statements and personal experiences by reminding us that there still may be a physical-matter-only explanation for what one experiences during an OBE – it’s still a possibility that this is a brain-only event – akin to a lucid dream, perhaps, or maybe because the human psyche is just much more vast and capable of producing exotic experience than ever before imagined.

At the end of the day I think it will be difficult for the reader to believe that Aardema isn’t siding with the non-materialist, non-local consciousness point of view – that ROBERT MONROE was correct in his famous statement:

Aardema pays homage to Robert Monroe throughout this book, but also points out where Monroe might have gotten some things wrong. Even so, he clearly admires Monroe – and why not?

Robert Monroe wasn’t exactly a New Age flake either. He was a grounded, successful businessman who made millions in the radio and cable TV business. He was most likely an atheist (or certainly an agnostic) before the OBE phenomenon came into his life unexpectedly. Those who knew him said he had the mental process of a “technical-minded engineer.” (Campbell)

Monroe wasn’t a scientist or academic, but when he began to study the OBE, he was smart enough to surround himself with brilliant men and women, two of the most significant were the aforementioned Tom Campbell (who worked in missile defense and as a long-time consultant to NASA), and an electrical engineer, Dennis Mennerich. Also on Monroe’s team were psychologists, nurses, social workers, artists – ordinary, stable, intelligent folks with open minds and a burning desire to explore.

The result was that Monroe was able to lift the OBE out of the world of the occult and give it a more mainstream posture, although Aardema rightfully points out that Monroe was still somewhat influenced by the esoteric influences of the past, from ancient mysticism to more recent groups, such as the Theosophists – which included the likes of Madam Blavatsky, C.W. Leadbeater and Annie Besant.

But Monroe’s work – and the ongoing research at the MONROE INSTITUTE which he founded – remains an almost necessary pivotal point around which serious scientists such as Aardema must leverage if they want to push the study of the OBE into new territory.

In the last chapter of the book Aardema gives instruction to anyone who would also like to explore the OBE for themselves. His methods are simple and direct, but readers will find them challenging in there actual execution. Aardema suggests there may be as much art as there is method in OBE practice.

Robert Monroe produced a trilogy of books about the OBE, and Aardema meets a figure (a wise old man) on one of his trips “out there” who tells him that he, too, is destined to produce a trilogy of OBE books.