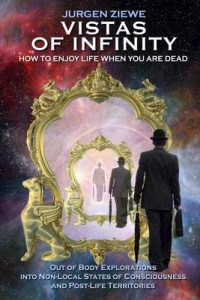 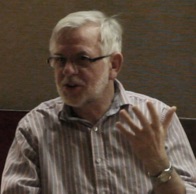 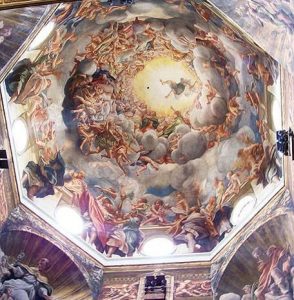 The author’s facility with descriptive language is extraordinary. Even though many of the fabulous locations he enters would seem to defy description using these crude symbols we call words with their limited ability to convey meaning – Ziewe finds a way to impart to us a vivid sense of the mind-boggling experiences he encounters.

He frequently enters realms that are psychedelic. They embody an LSD- or DMT-like quality of experience and environment. There are swirling colors, endless fractal iterations of geometric shapes, organic-biological patterns, hyperspatial structures that can only be defined by mathematical formula in our mundane world, but which Ziewe is able to encounter through direct experience. 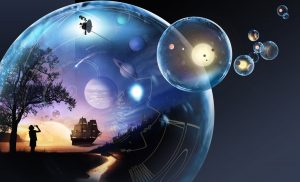 At the same time, Ziewe comes off as a man rendered genuinely meek and humbled by where is astral odysseys have taken him. He presents an endearing aura of authenticity – like a man who has been granted a direct glimpse of The Godhead – only to make him realize that he is the merest speck, a kind of bacterial-level bit of individuated consciousness – and yet, at the same time, cognizant that he is in possession of what the great JANE ROBERTS called, “an eternal validity of the soul.”

The final chapter of the book should be considered a classic essay in which a philosopher lays out his view of reality derived through his own transcendent experience. This crowning statement is wonderful in its lucidity and unrutted approach. It takes on what it means to be a human being and how we can all view and appreciate our own special place within our infinite, awe-inspiring and indescribably extravagant multiverse.