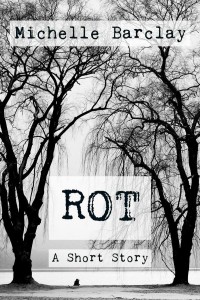 In The Exorcist there is a scene where Father Merrin and Father Karras are preparing for battle with a demon-possessed little girl, and the elderly Father Merrin tells his young assistant:

“The demon’s attack will be psychological – and powerful.”

It’s a marvelous piece of fiction. You might think there’s little original today about demon-possession stories within the horror genre, but in the hands of a fiercely talented writer such as Barclay, demon lore is made fresh again … er, I mean rotten … in that Edgar Allan Poe sort of way a disturbing tale should be rotten.

What’s terrific about this piece is that the author does not rely on gratuitous blood and gore, the downfall of so many horror-scribe wannabes. Barclay spends the first three-quarters of the story establishing a punishing sense of psychological terror – and when you get sufficiently unnerved and off balance – she hits you with some spurting-of-the-blood and tearing-of-the-flesh.

Best of all, there’s a depth of intelligence crafted into this story – it makes insightful sociological observations about why people believe what they do, how inept we all are in understanding our own views of subject like God, religion, believe and disbelief. This is not boring, it’s gripping. 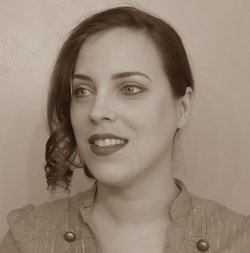 Just as there is nowhere to run and nowhere to hide from a fear which is actually right there – inside yourself – anyway one who dares to read Rot will be unsettled (to say the least) while being darkly entertained.

Be warned: this is not for the faint of heart, or those who like their reality straight. Barclay is not interested in making you feel good about yourself or society; she weaves a fabric spun from a poisonous black web of words – if you decide to read this at bedtime, I’m betting you’ll choose to sleep with your lights on.

On second thought – don’t read this story at night – or while you’re alone. 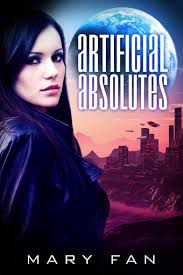 Artificial Absolutes is a book with a fairly intricate, well-developed story line buried under a gigantic mountain of cliché plot gimmicks that renders what might have been a decent book into a dreary mass of almost insufferable blandness.

The work often also devolves into mawkish dialogue so drippy with smarmy goo, it’s on par with a weepy love ballad written by, say, the Jonas Brothers, for tweenie fan girls.

To prove that I am not delusional or just being a mean reviewer, I will invite the reader to join me now by logging onto a favorite search engine and look up something like, “The 10 most common cliché movies scenes” — because many appear in this book.

The first cliché is one we all know and you probably won’t even have to Google it (although please feel free to do so) is that the best way to escape from the cops, or the bad guys, or anyone chasing you with guns is to squeeze into the ventilation duct work of a large building.

Time and again, movie heroes (and criminals) cleverly slip away from their pursuers by getting into the duct vents because they know that the clueless authorities or bad guys will be 100% perplexed and always fooled by this never-before-thought-of escape plan.

Artificial Absolutes includes this scene — and for good measure, it also presents the first cousin of the Great Air Duct Escape Plan — the dreaded — Escape Through the Opening at the Top of a Stalled Elevator Car Plan — and an oh-so-hackneyed climb up the cables of the elevator shaft to baffle one’s pursuers.

The next cliché plot gimmick that fills dozens of pages of this book is the:

“The bad guys can shoot at you all they want and they can never hit you, but the good guy can shoot back and score a hit on the bad guy almost at will.”

We have all seen it hundreds of times — Bruce Willis, Sly Stallone, Arnold Schwarzenegger, Chuck Norris — they run around bristling with machine guns while being pursued by dozens of other guys with even more machine guns — but no one can hit the good guy! Yet, the hero can score a dead-middle-of-the-torso-shot while jumping, rolling and firing. 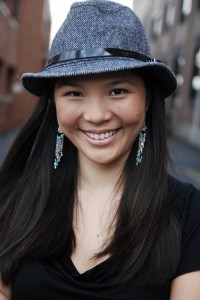 In Artificial Absolutes we are inflicted with page after page of the same. The first such scene features a sophisticated, high tech robot which chases our heroine Jane “Pony” Colt through the hallways of a building — the robot shoots and shoots and shoots but it can’t hit the broadside of a barn!

The conveniently inept robo-killer suffers dozens of near misses — right next to her shoulder! a real grazer just missing her head! a blast that splinters the door frame she just runs through! — it’s not the least bit exciting because we all know the scene — we’ve seen it hundreds of times in movies.

One would think that a super-advanced robot constructed in an advanced society that has mastered interstellar space travel would include some kind of sophisticated target acquisition and tracking hardware to easily laser down it’s prey — like our drones can do today. But not in this book.

Even when “Pony” and her brother, Devin Colt, are being chased by a squad of heavily armed, battle-trained starship troopers, all they have to is run, dodge, zig-zag — and they become completely unhittable targets! Robotic drones flying through the air at the same time can’t nail them either!

And yet, whenever Devin Colt chooses to whirl, shoot wildly from the hip while on the run with a borrowed gun — he can expertly knock the weapons right out of the hands of the bumbling, can’t-hit-nothin’ interstellar marines! And do it again and again!

Suffice it to say: Heroes who can run through a torrential hail of bullets without getting hit, while at the same time being able to shoot anyone they want — is among the used and abused of movie clichés — and the fact it has been transferred to the pages of a book does not make it any less of a hack.

For good measure, and to really slather it on, the book includes what has become one of the most universally used, overused and annoying visual gimmicks of all time — it’s ye olde:

The hero blows something up, but turns his back and walks away not bothering to look at the massive fireball erupting being him.

Here’s the scene right from the book at location 5561 on my Kindle:

“The attackers were gone, and not much remained of the mansion. Devin nevertheless fired a fifth grenade. He walked up the ramp as a colossal fireball rose behind him.”

Speaking of moth-eaten plots, the very central plot element, the heart of Artificial Absolutes, is an worn-to-baldness retread premise that has already been explored by hundreds if not thousands of other science fiction writers, beginning in the 1920s.

Just a few months ago I was wading through the free pulp science fiction of Project Gutenberg and selected to read the 1961, “The Memory of Mars” by Raymond F. Jones. In it, the hero falls in love with his childhood sweetheart. They meet in the third grade. They have a long courtship through high school, they fall madly in love and they get married. Later — GAK! — he finds out she was never real in the first place! She’s a robot!

In Artificial Absolutes, Devin Colt meets a beautiful woman, they date, the fall in love and he asks her to marry her. Later — GAK! — he finds out she was never real in the first place, She’s a robot!

His sister, you know “Pony Colt,” meets a handsome young man (boy). He rubs her the wrong way at first because he is a simplistic religious gasbag, yet they keep seeing each other, they go through some stuff together, they fall in love, she has finally found her soul-mate. Later — GAK!– she finds out he was never real in the first place! He’s a robot!

But even by 1961, falling in love with lifelike robots was already far from original — dozens of others had already written a spin on the same plot element. In the mid-1960s Philip K. Dick practically built a career around stories in which perfect replicants of human beings pose questions of what is real and what is not real, and whether a robot can possess true consciousness or not have true consciousness.

Certainly, these are standard saws of science fiction, so we can’t take points away from author MARY FAN for trotting out this threadbare SF rag doll one more time — it’s a fan favorite after all — but we certainly can’t give extra credit for originality either.

There are many other elements of hackneyed plot devices and cliché gimmicks, but I simply can’t get to them all (er … cough, cough … Travan Float is a thin re-imagining of Mos Eisley of Star Wars … ) without making for too lengthy of a review, and I want to make a final comment:

Young writers today — those of Generation X, Generation Y and Millennial extraction — have all been raised on TV and movies like no generations before. They have also been embedded in the online world since they were babies. They have endured total immersion in on-the-screen fictional scenarios.

Thus, what I am seeing from one young writer after another today (I read more than 100 books per year) are plots and scenes in books that are soaked in movie and television clichés. Even the minor characters are not original creations — very often plucked right out of a TV or a movie.

For example, in this book Commander Jihan Vega would seem to be almost an exact duplicate of Admiral Helena Cain of Battlestar Galactica. Again, I challenge the reader to find a scene featuring Admiral Helena Cain on `Battlestar’ and compare her to Commander Jihan Vega of this book — they are near Kinkos of the same fictional person — different in name only.

Sure, in a sense, most books are at least somewhat derivative of other works and leverage broad themes, archetypes and conventions of their genre, but Artificial Absolutes takes the copy-and-paste lifting of other memes to such an extreme degree, the result is a literary work of Absolute Artificiality.